How do adhesives work? 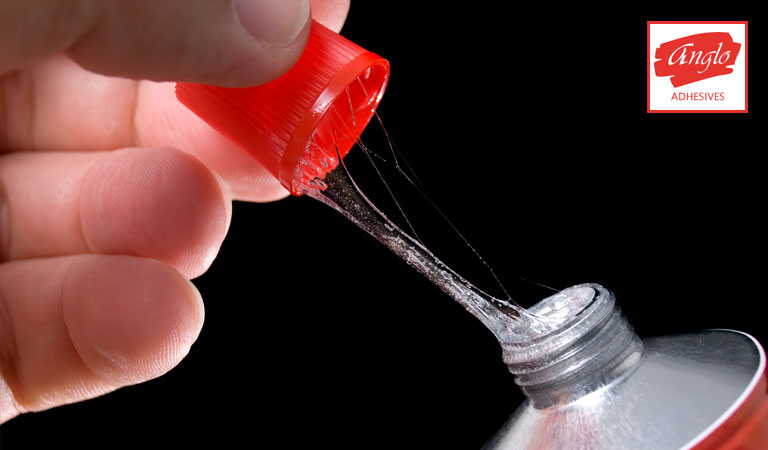 There are many different types of adhesive, each suited to different applications.

Adhesives come in many different forms. They may be liquid or sticky; they may bond on contact or require a special curing process; they may dry clear or opaque; they may create a flexible or rigid bond.

These different features offer a huge variety of options for any bonding requirement. However, they also mean adhesives that are suitable for some applications are not always suitable for others.

Understanding how adhesives work is important to determining, which is right for the job in hand, so let’s look in more detail at what adhesives are, and how they actually work.

At its core, an adhesive is a substance that is able to bond two materials together, on a permanent, semi-permanent or temporary basis.

Adhesives come in many different forms, including:

The general term ‘adhesive’ refers to glue, paste or cement that is made from organic materials, which can be both natural and synthetic.

Natural adhesives can be made from a variety of materials, including:

While synthetic adhesives are more expensive to produce than their natural counterparts, they can be manufactured to ensure uniform properties and a consistent supply.

Almost all synthetic adhesives are made of polymers, providing the necessary properties for efficient bonding.

They add strength and flexibility to the adhesive, as well as allowing it to spread onto a surface and interact with it.

The forming of the polymers (polymerisation) in the adhesive may happen before its application, making the adhesive ready to use from the container. Other adhesives use polymers that are created by a curing step, as is the case with epoxy resins. In this instance, polymerisation happens at the same time as the bond formation. This gives the benefit of giving the strong bond created by polymers while allowing control over when the bonding occurs.

How do adhesives stick to things?

It’s one of those questions that seems very simple and obvious. Surely glue sticks because it’s sticky? Well, it’s actually more complicated than that. The seemingly straightforward process of sticking two materials together can actually involve chemical changes at a microscopic level.

It’s important to consider the type of bond that is being created by the adhesive and the surfaces that it is connecting. There are three main types of bond, each of which has its own properties that make it more or less suitable for certain applications.

But first, let’s look at the two important forces that are at work in any bonding process: adhesion and cohesion.

Adhesion is the force that sticks two different things together. You don’t need glue to stick something to something else, at least on a temporary basis.

Think of a raindrop on a window pane. That drop sticks there without the help of glue because various adhesive forces are at work. Although the force of gravity tries to pull the droplet down, the other forces at work cause the water molecules to stick to the glass, at least for a while.

These adhesive forces are at work when we stick two surfaces together with glue.

Cohesion is the force that keeps the same types of molecules together. It’s a general term for any force that stops them from coming apart on an intermolecular level.

Going back to that raindrop, the reason that rain falls in droplets instead of a fine mist is because water has strong cohesion. This means that it is always trying to pull the molecules together. That’s why the raindrops on your window merge together to form large droplets.

When it comes to glue and adhesives, cohesion is an important force because it’s what keeps the glue itself together. No matter how strong a bond is between the glue and the surface, if the glue itself has weak cohesion, it can break apart in the middle, leaving a layer of glue on each surface.

Understanding the cohesive and adhesive forces of a glue, as well as the type of bond that it creates, is key to ensuring the right selection for the application.

Now, let’s look at the different types of bonds.

A mechanical bond occurs when an adhesive enters porous openings in the surface or flows around protrusions on the surface.

This type of adhesion creates a physical bond between the glue and the surface. It is particularly effective when used on a porous or textured surface, as there is more for the glue to grab onto.

Consider simple craft glue and paper. Paper is a porous, fibrous material which has lots of nooks and crannies for the glue to encase. When the glue dries, it forms millions of microscopic handholds, with the glue gripping onto the surface of the paper.

Of all the forms of adhesion, mechanical bonds are usually considered the weakest, though they can be used for a variety of applications.

Chemical bonds are typically the strongest and the most durable, as they involve physically changing the chemical structure of the surface.

Bonding occurs when the adhesive molecules cause a chemical reaction with the molecules of the surface material, fusing them together.

This type of bond can only form between adhesives and surfaces with mutually reactive chemical groups. In other words, not all types of material are able to be changed by the adhesive. However, compatible materials form an extremely strong bond, as they essentially form a new chemical compound at the point of bonding.

Also known as adsorption, this type of bond uses electrostatic forces to stick two surfaces together.

This is a case of ‘opposites attract’. The electrostatic force is caused by opposite charges that create attraction between the molecules and pull them together. There’s no chemical bond at play here; just a huge amount of tiny forces. Think of it like millions of tiny magnets pulling the surfaces together.

Because these forces are very weak, the two surfaces must be very close together to stick. The closer the surfaces get, the stronger the force of attraction. To be effective, the glue has to be spread very thinly and wet the surface well.

Why don’t adhesives stick to the inside of the container?

Essentially, adhesives designed to work only when they leave the container, which can be achieved in different ways.

Solvent-based glues are dissolved in chemicals that keep them stable and prevent adhesion while they’re in the container. The solvent quickly evaporates in the air or is absorbed by the surface, so the adhesive can then stick as intended.

Some adhesives, such as epoxy resin, come in two parts that need to be mixed together. Once combined, they create the chemical reaction that allows them to harden.

Not sure which adhesive you need?

Since our founding in 1905, we’ve learned pretty much all there is to know about adhesives and what makes them effective. Our in-house product development team is constantly testing and researching fresh approaches to adhesion, so we’re always at the forefront of the adhesive industry.

For unusual requirements where existing solutions just don’t cut it, we’re able to work with you to develop an adhesive that’s right for the job. We can produce them in any quantity, so you don’t need to worry about large production runs if you only require a small amount.

If you have a particular use case in mind and you’re not sure what adhesive to use, or if you require a bespoke solution, simply get in touch with us and we’ll be happy to help.